💡
know
💡
know
Home
GitHub
Scholar
Course Notes
🛬 Landing Page
⚖️ Comparing Similar Words
Today I Learned/Achieved
Business, Economics, Accounting and Finance
Finance Jargons
Types of Assets (Finance)
Other Tech Topics
Code Style Guide and Review Standards
Notes on testing Polymer elements with Jasmine
Noogler 100: So you accepted Google's offer; what now?
Ming's Backyard: A teaching material for Girls Who Code Club, Millbrae (Dec. 7)
Moans and Groans for Technologies
UI/UX Design Languages
Questions to ask the engineers before dogfooding a hardware
What to do with a Raspberry Pi?
How to derive the energy of a electromagnetic plane wave
I revised my code from 10 years ago
Data Science
Ways to improve the performance of a SQL MERGE statement
Where to find Brain MRI / NeuroImaging Datasets?
Where to find protein data and run basic Molecular Dynamics simulation
Types of Parallel Computing
🐋 How to Install auto-sklearn on macOS 10.14~10.15
Notes from SIGIR2020
Surveys and Questionnaires
Text Mining
Data Warehousing
Neural Networks
Setups
Data Science Workspace
🐧 Switching from macOS to Linux
💻 Computer Hardware Setups
📝 Organizing Notes
🌐 Set Up My Own VPN
⌨️ Shortcut Keys on my Mac
Set up Restic for backups using Google Drive
On writing a book with LyX
iPad pro as a Linux machine
Life Experiences
Being: What I am
Owning: Things I Own
Doing: Stuff I do
🎓 Academic Fields I've Studied / Researched
🏘 Flat/House Hunting in Mountain View
Filing Tax Return in the States
😂 How to Be A Fun Person
🔁 Managing Habits
I present to you, life simulation 1.0
Talks Worth Watching
中文 (Chinese)
讲各种语言时发生的囧事
我与身边人的有趣对话
Clubhouse 玩法收集
Powered by GitBook

🐧 Switching from macOS to Linux

For archival purposes only; I moved back to macOS eventually.

My workload has finally escalated to a stage where my MacBook can't suffice. Unfortunately, as an international student, I found my budget suffocatingly tight when it comes to purchasing another computer -- a third Mac is definitely out of the question. In fact, another laptop also won't be ideal -- I could really use a more performance-focused machine at home that I could just SSH into when needed. After some digging, I built my first full-size desktop PC in North America. It is time to incorporate it to the Apple ecosystem that I'm already familiar with.

My hardware specification is as follows:

Sidenote On The Graphics Card

Initially, I wanted to build a Hackintosh. The integrated graphics chipset (namely Intel HD2500) supports only one VGA output, a port long abandoned by macOS. This made an external graphics card a must. Although I never ended up actually installing the macOS -- which would probably be illegal -- on this machine, this piece of GeForce GTX 460 stayed.

To power this thing up, I had to purchase two SATA-to-6 pin PICe power adapters, which came in a pack of 3 on Amazon for USD$8. I also had to buy a DVI cable for another USD$7. If you decide to stick with the integrated GPU, you would save a total of USD$44 in comparison.

Lastly, you will need this driver for maximum performance.

The Dell Optiplex came with a Windows 10 Pro license. After using macOS as my main operating system for >7 years, coming back to Windows was really an astonishing experience -- especially, Microsoft Account integration is way smarter than an iCloud account, the latter of which basically requires you to log in to each app (FaceTime, App Store, Messages, etc.) separately. However, I had to say goodbye to Windows again in favor of a *nix distribution. Yes, I had tested out Linux Subsystem -- it's just not THAT well integrated.

When preparing for a tutorial for UPenn SEAS students, I have compared multiple linux distros, finally coming to the conclusion that Debian is probably the best balance point between minimality (especially important, considering the size of my SSD) and stability (Debian to Linux is what DongLaiShun is to Peking Roasted Ducks). I assume you know how to install a Debian. If not, Google.

Depending on whether you installed certain Window Manager, sudo may or may not be already set up for you. You should probably fix this now:

I personally prefer zsh and its plugin manager oh-my-zsh. I had them installed in every Mac I own, so it's already an essential part to build a Mac-like experience for me:

Syncing Preferences From macOS to Linux

Install Dropbox from its website, then install mackup via:

Assuming you have instructed mackup to backup your settings from a Mac, you can now restore them to your new Linux box by issuing:

Your settings should be put back to where they are on your Mac and kept sync, although I'm not sure how many of those settings you can make use of on a Linux machine.

via SMB — can be automatically mounted

Assuming your Time Capsule is at 192.168.1.1, having two volumes shared, Capsule and Backup, add these lines to your /etc/fstab:

If conflict on libselinux-dev occurs, use aptitude:

If you want your Linux machine to automatically mount some shared volumes on other Mac computer, this fstab file is the go-to place. For example:

Notice that I used the credentials option here for better security. The /home/lmy/.smbcredentials is of the following format:

Remember to restrict access to this file by chmod 600 ~/.smbcredentials.

Add these lines to /etc/netatalk/:

Then restart the netatalk service:

If you want to access your Linux PC even when you are away from home, see the following section:

Install LogMeIn Hamachi on your Linux machine and your MacBook, too. While Hamachi is easy to configure on a Mac, under Linux you will need to user terminal:

Now wherever your MacBook is, as long it has Internet Access (One possible scenario: I usually leave my MacBook at work and want to access its file at home), you can use the mounted folders just like the MacBook were home.

As of May 2018, if your Hamachi doesn't work (technically, if you have libc6 of a version higher than 2.25), use "Hamachi for Linux BETA versions with glibc 2.26" instead of the usual one.

I use Anaconda (Miniconda, actually) more often than I brush my teeth. After downloading one from this website, install by sh Miniconda3-latest-Linux-x86_64.sh.

Add these lines to ~/.zshrc: 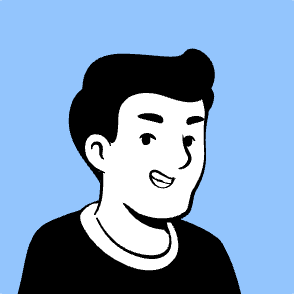